In the lead up to Mother's Day on May 9th, we decided to invite Georgie Abay, Founder of The Grace Tales (and head of Allbright, Australia), to join us on the Journal. The Grace Tales is a lifestyle destination for Mothers – so, hello, what better place to head to chat about motherhood!

We asked Georgie how The Grace Tales came about and what it's like being a busy entrepreneur balancing motherhood and family. Enjoy! 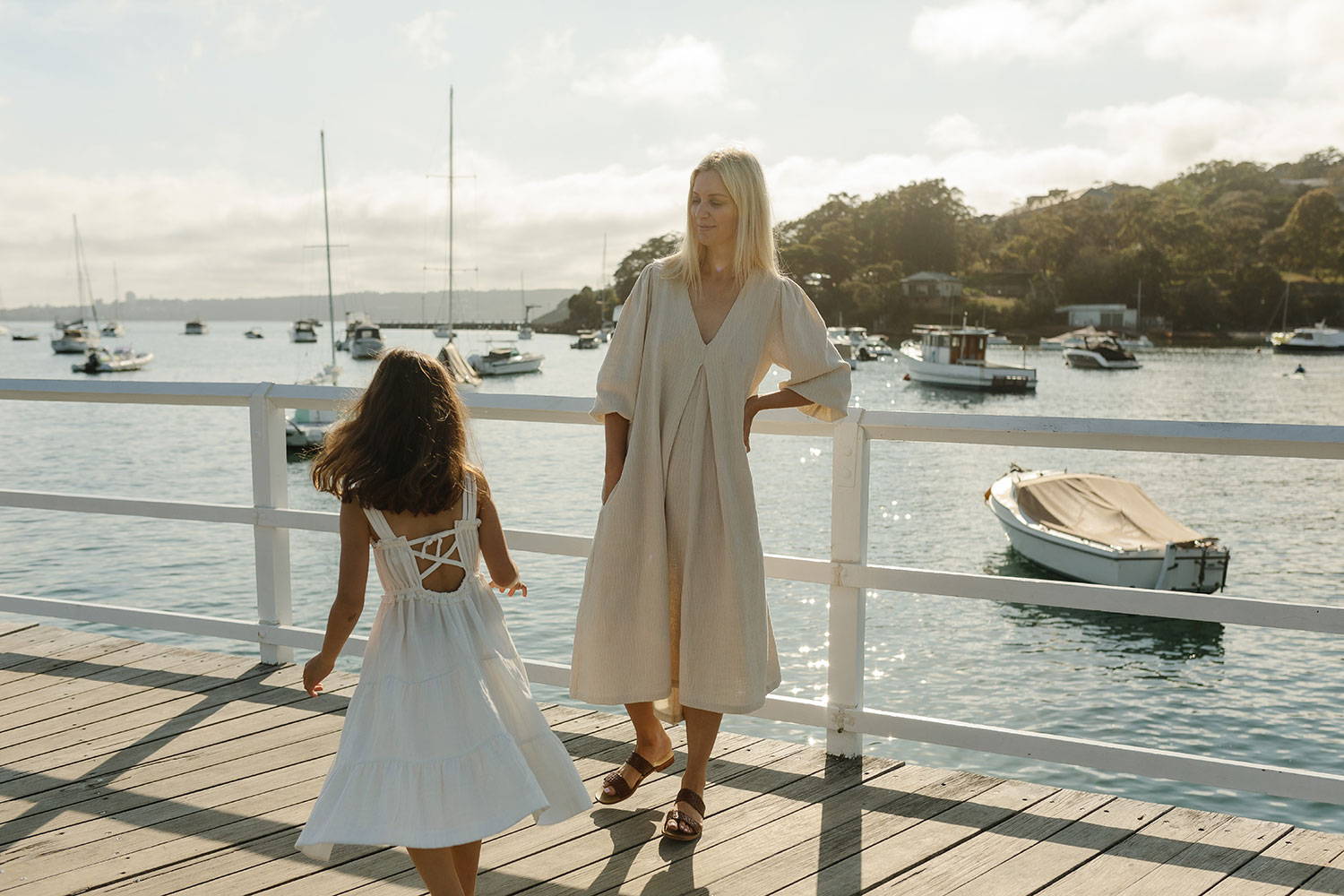 Georgie, you started The Grace Tales back in 2013. Tell us how that all came about?

When I first fell pregnant, I worked at Harper's BAZAAR, and I remember asking various friends and colleagues which websites I should start reading. For the most part, I was directed to the usual suspects- sites that would tell me what size the baby in my tummy was (an olive, an avocado, an apricot etc.). Of course, I wanted to know that, but I also wanted a website that would inspire me and give me a glimpse inside the real world of new motherhood. I'd spent my career interviewing women and men all over the world. As a mum-to-be, I suddenly realised that no one ever spoke about their children. They'd rattle off their list of achievements, we'd talk about their successes and failures, but what I really wanted to know was how the hell did they achieve it all while raising small humans. As anyone who is a parent will know, trying to conquer both your career and family at the same time is near impossible.

Storytelling is my greatest passion. I love interviewing people, hearing their stories, their ups and downs and all the in-between. So for me, starting The Grace Tales didn't feel like work. I created it simply because it was what I wanted to read. And to be honest, the interviews I did often felt like therapy. Many of the women were new mothers like me, and we'd share our stories on shoots. I felt like I was part of a community. I felt supported.

It grew from there, and when my second daughter arrived, I resigned from my dream job as the deputy editor of VOGUE and threw myself into 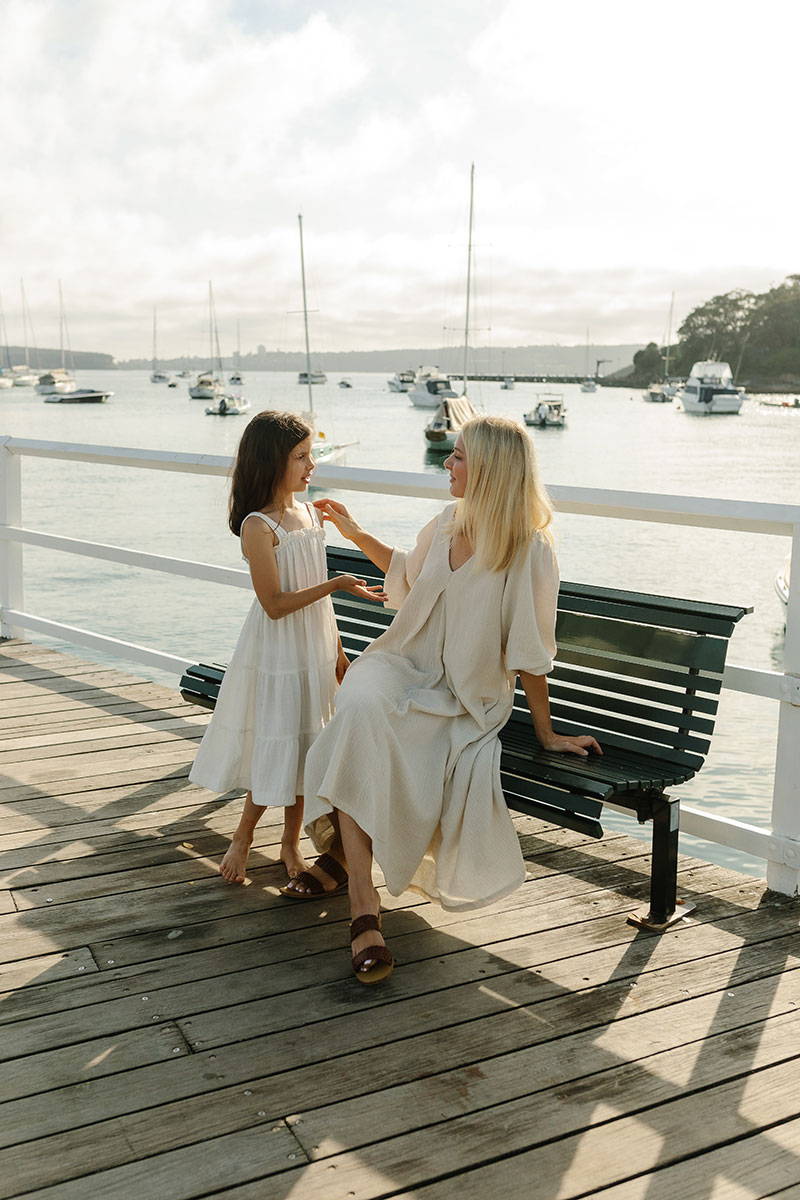 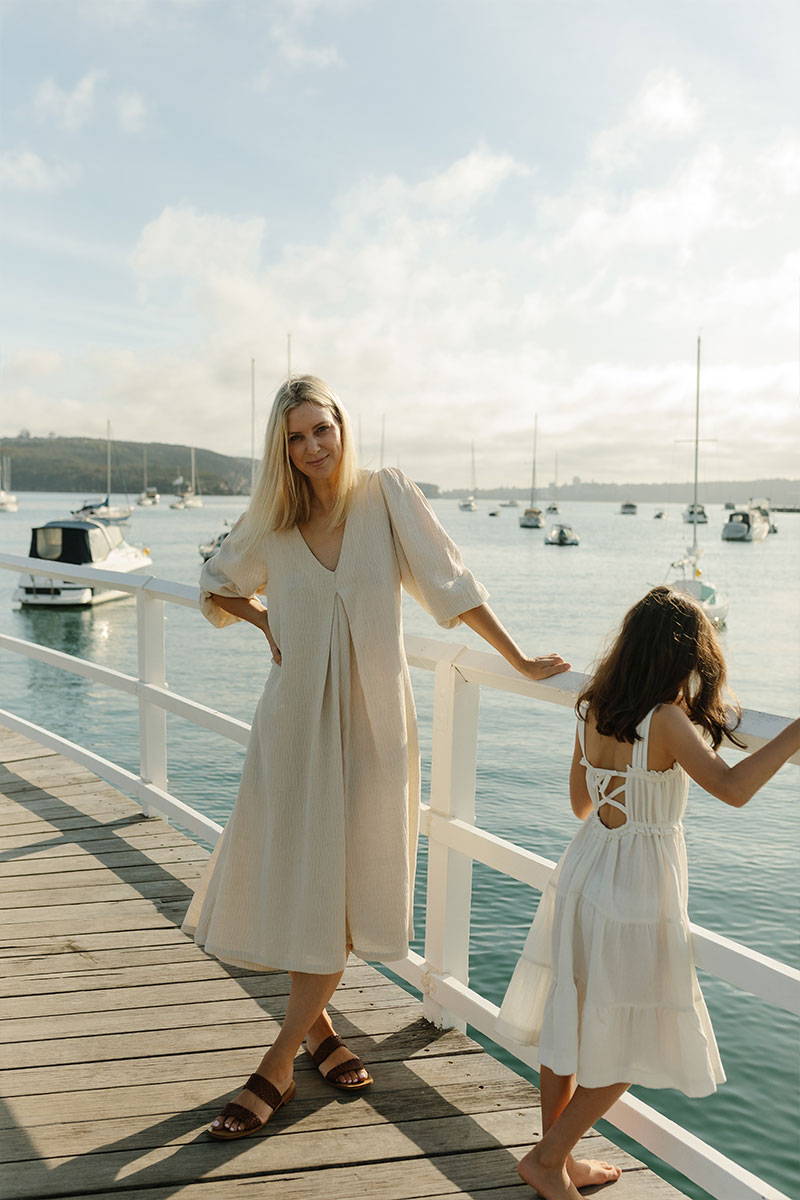 You have created a great community. What is it about The Grace Tales that resonates so well; your secret ingredient?

It goes back to the storytelling. I do a lot of research before I interview someone – I don't have a standard list of questions that goes out to everyone. Because of this, we get to the heart of someone's story and it's always bound to resonate with someone in our audience. We cover big topics such as miscarriage, postnatal depression, fertility, premature births, pregnancy loss. These are things none of us even think about before we have children. I know I didn't envisage needing to have five blood transfusions after my second child's birth or giving birth prematurely twice. But, nothing tends to go spectacularly to plan. We share it all, and through sharing, we make deep connections.

What is your proudest achievement to date?

Other than my girls (sorry that sounds so cliché, but it's true), our book GRACE MOTHERS Letters To Our Children, written by myself, Julie Adams and Claire Brayford. Julie and Claire are great friends of mine, and fellow creative souls, so to do a book that took us all over the world was a dream come true. Dame Quentin Bryce also wrote our foreword – what an honour! 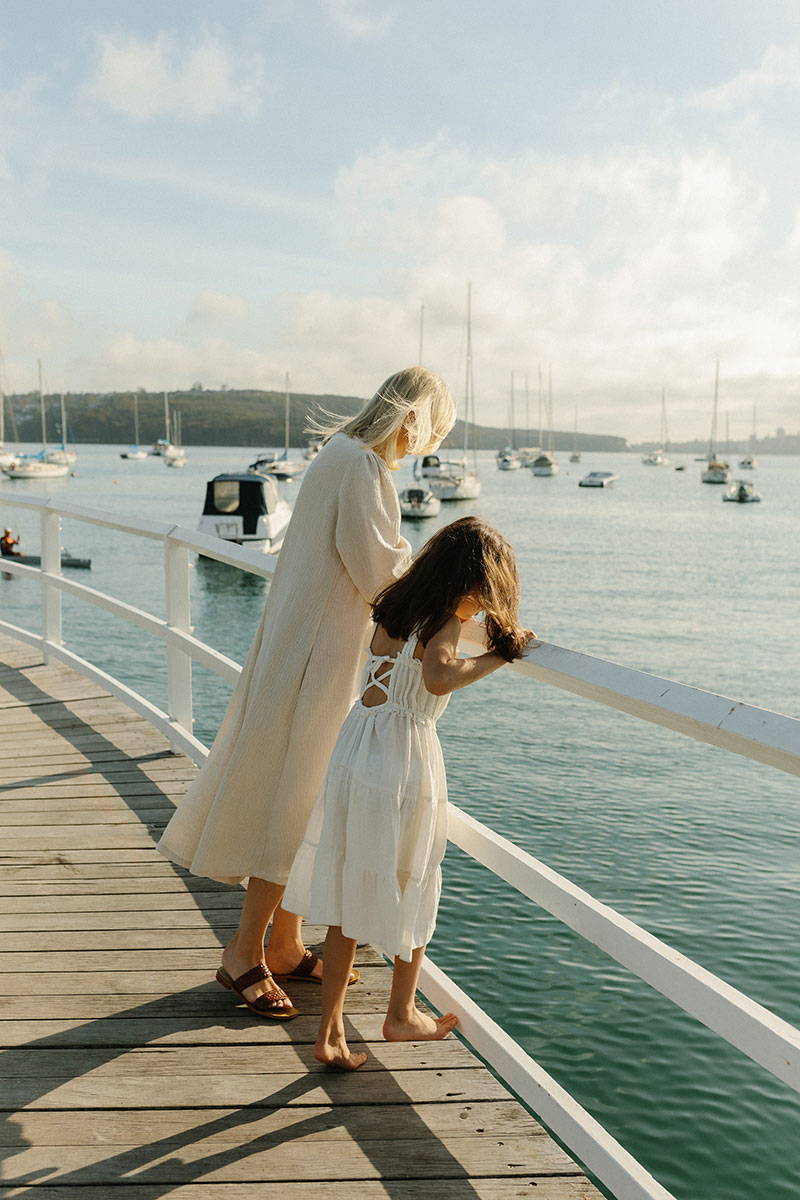 Like most mothers who also spend time working outside the home, life must sometimes get a little crazy. How do you manage your priorities?

I'm an introvert, and I suffer from anxiety, so I need a lot of downtime to recharge. I don't make too many social plans during the week (1-2 dinners out a week is my magic number!), and I love catching up with friends for a walk or hanging out with our kids at the park or beach. I cut down on alcohol and now only drink twice a week (my daily wine habit was making me so tired). I have a flexible schedule which means I get to do pick-ups and be there for the moments that matter, but it also means I do work most nights. I need to get back into the habit of a 5am start – it changes everything. 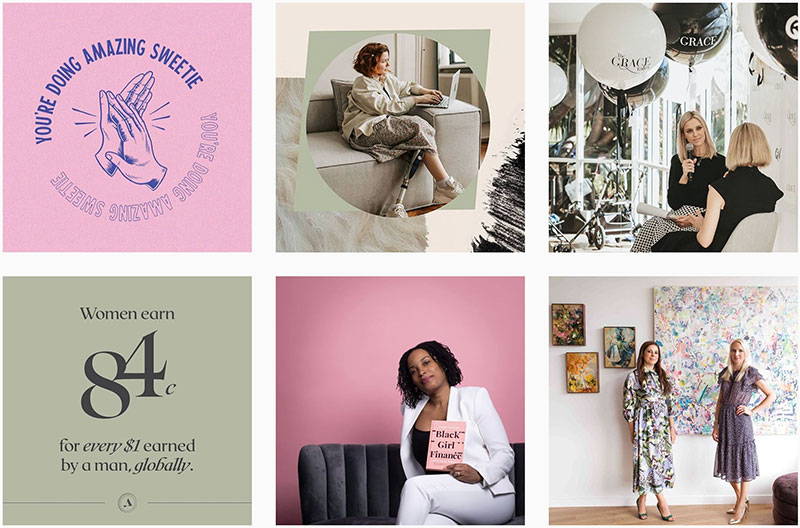 A while back we asked some women in our circle how they are maintaining their physical and mental wellness in 2021. Their responses became part of a Journal post called 'Working on Wellness'. Tell us, how do you practice self-care?

Exercise! I train with a couple of mum friends a few times a week. I also love Pilates at Body Love Pilates in Sydney's Woollahra (although I have been a little slack lately). And we also lease a pony for our girls - being around horses is my ultimate form of therapy. I'm not particularly good at riding myself, but I still love it. They're the most beautiful animals. I decided last year that it didn't matter if I was good or bad; it made me happy. We're moving to the country in two years, and I can't wait to get more into riding.

It's always swimming weather somewhere in the world! How do you and your family like to keep cool when the heat kicks in?

A swim at the beach, but early. Sydney has the most spectacular beaches, but the ones near us are always jam packed. There's nothing relaxing about driving around for 45 minutes looking for a park. We even got an Uber to the beach the other week! So for me, it's an 8am swim, home by 10am – this means we skip the traffic and chaos. Other than that, we spend a lot of time at my mum's pool. 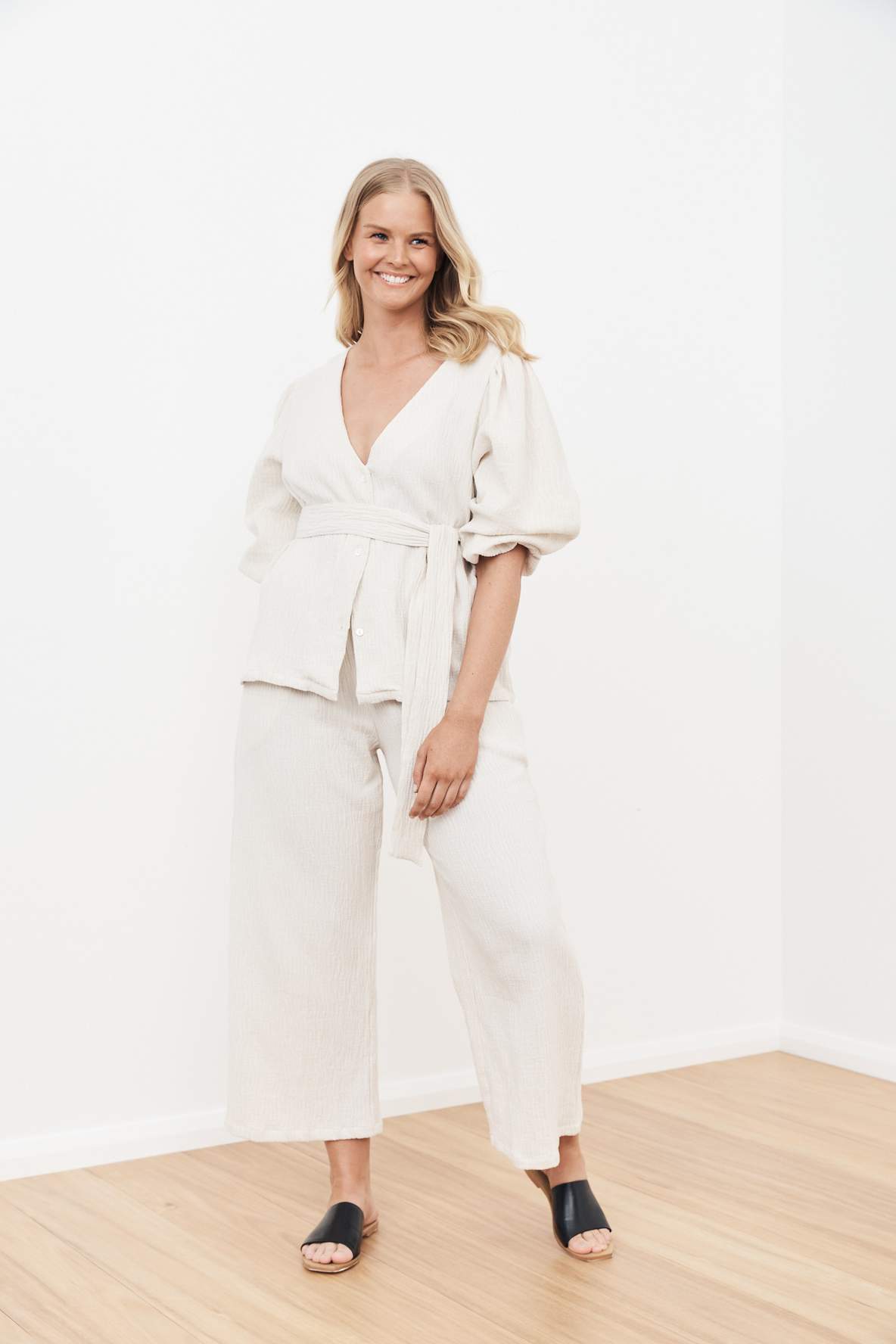 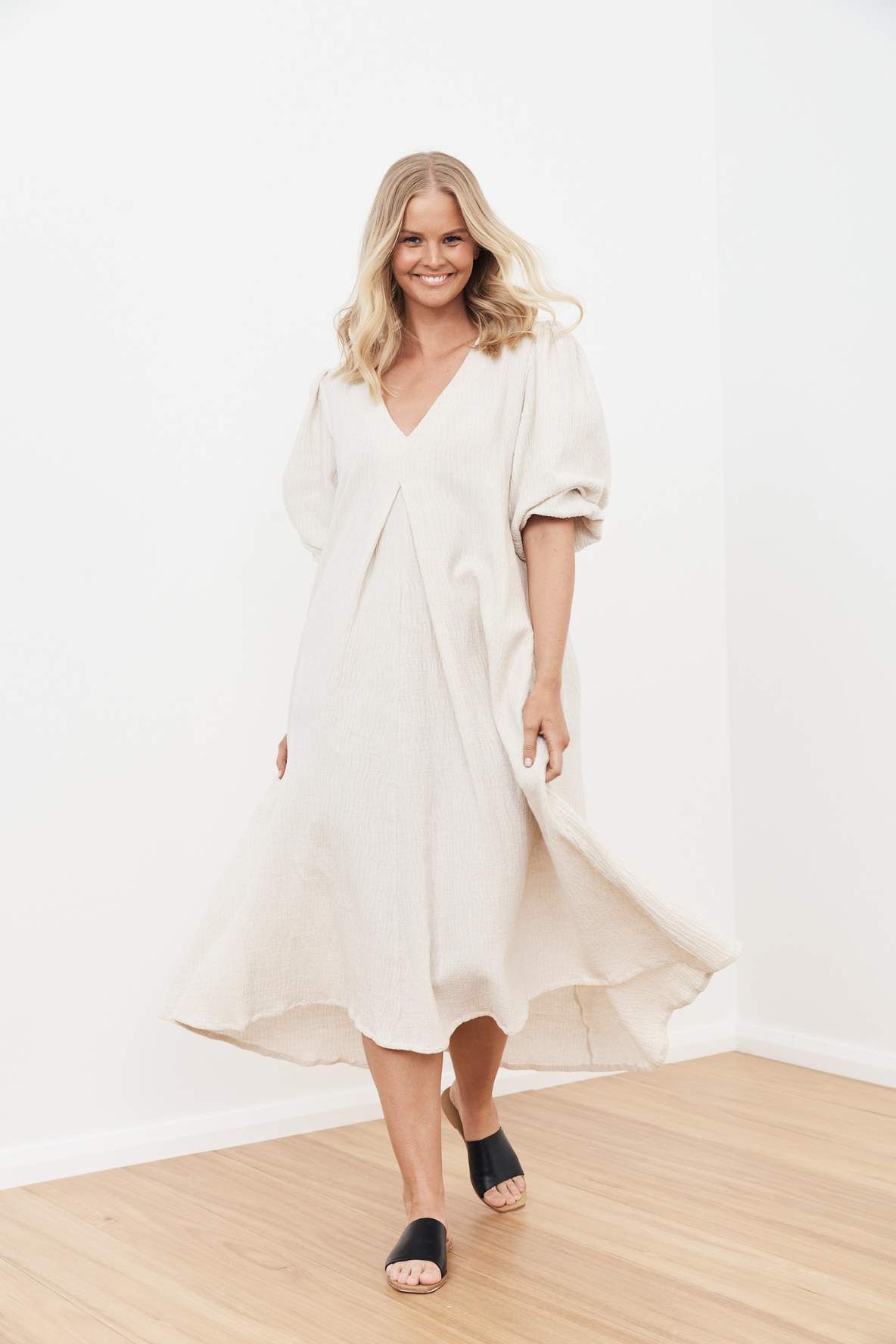 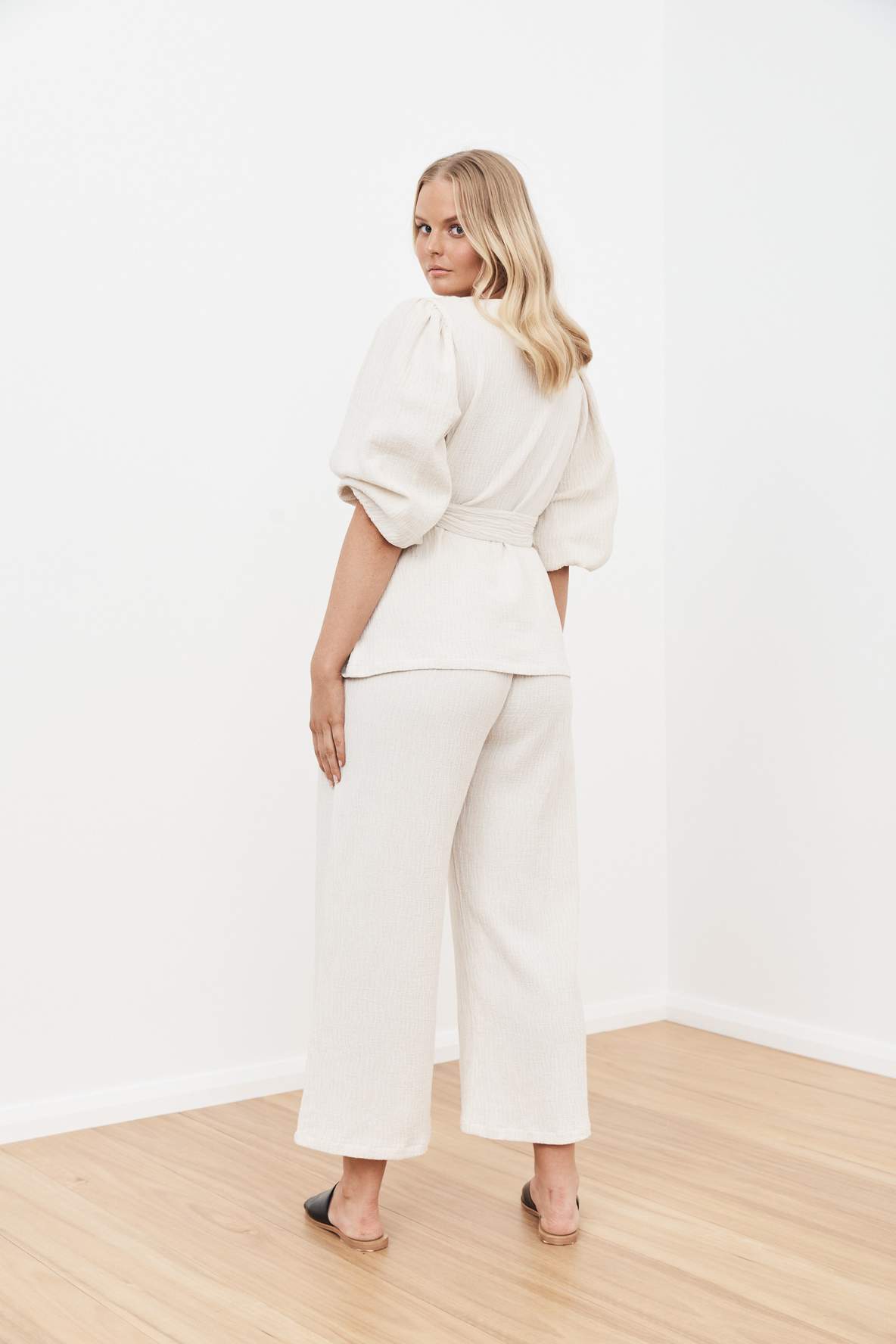 We can't let you go without asking. Which pieces from this current ALULU range are your favourites, and why?

I only just started wearing high waisted briefs this year, and I love them! The Mimi is probably my favourite – it's classic, timeless, chic and all the things you want from a cossie. The Liana is also gorgeous – I love a ditzy floral. And for prints, the Zali is such a bold, happy print. I also love all the resort wear pieces as they're easy to wear and so light. 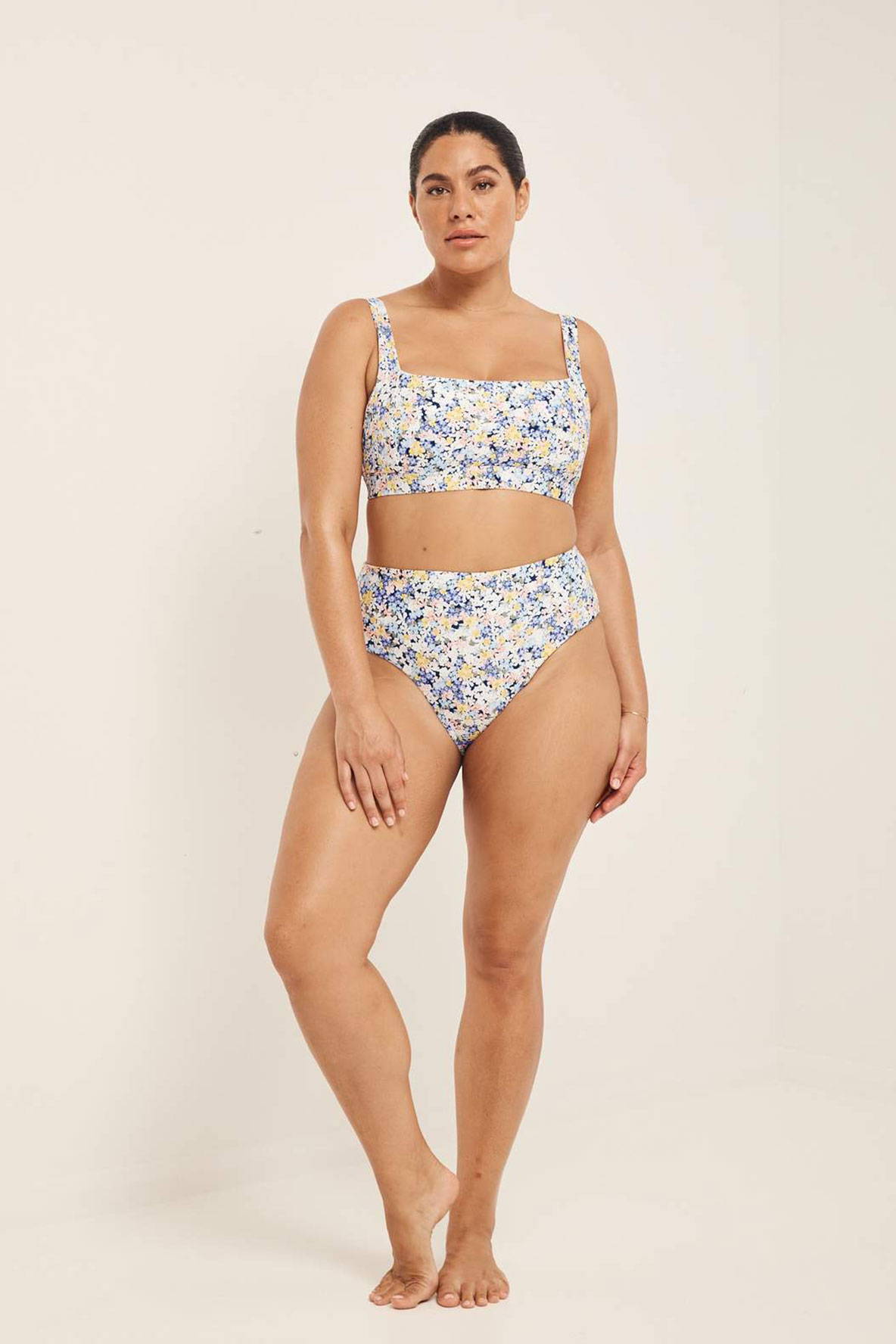 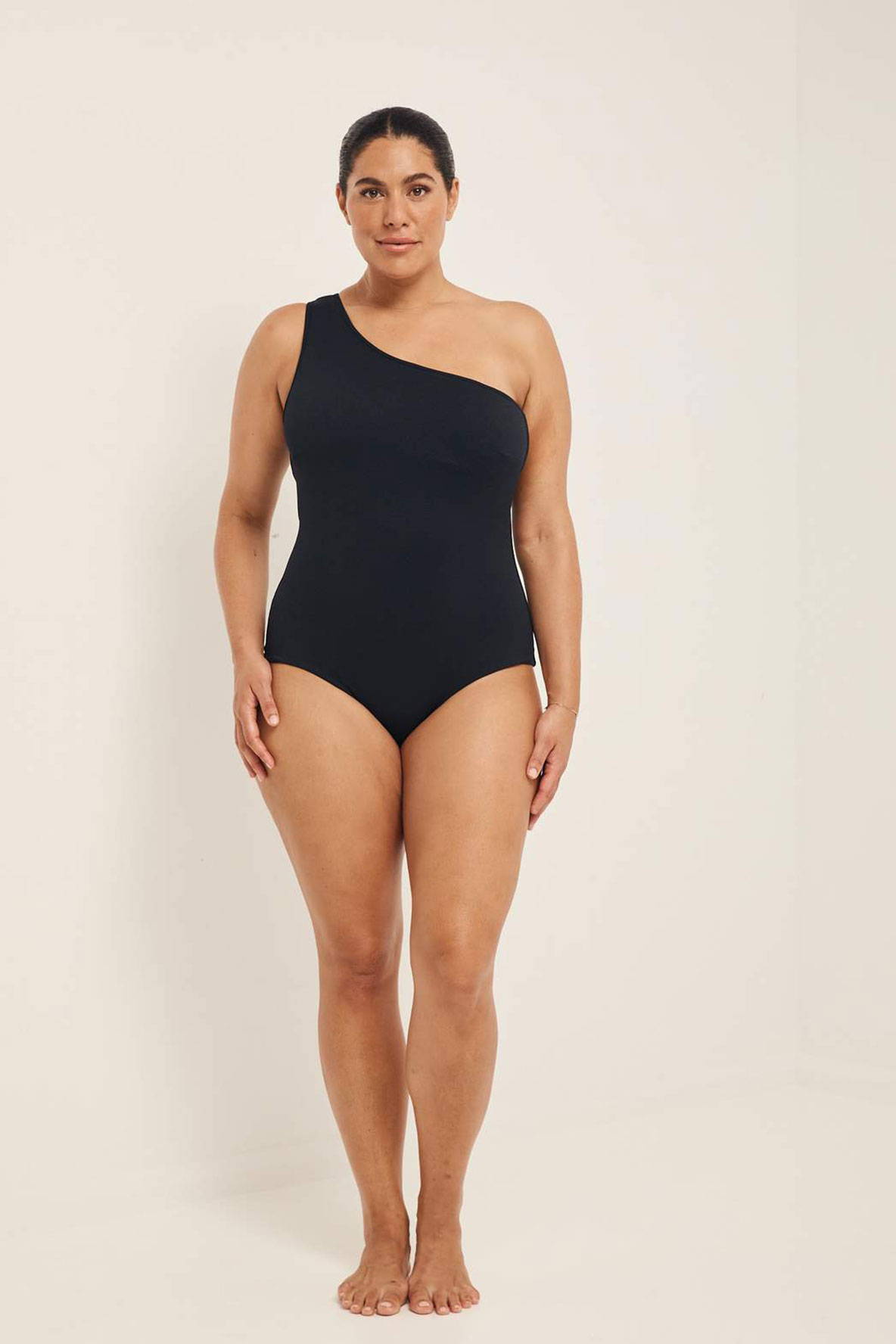 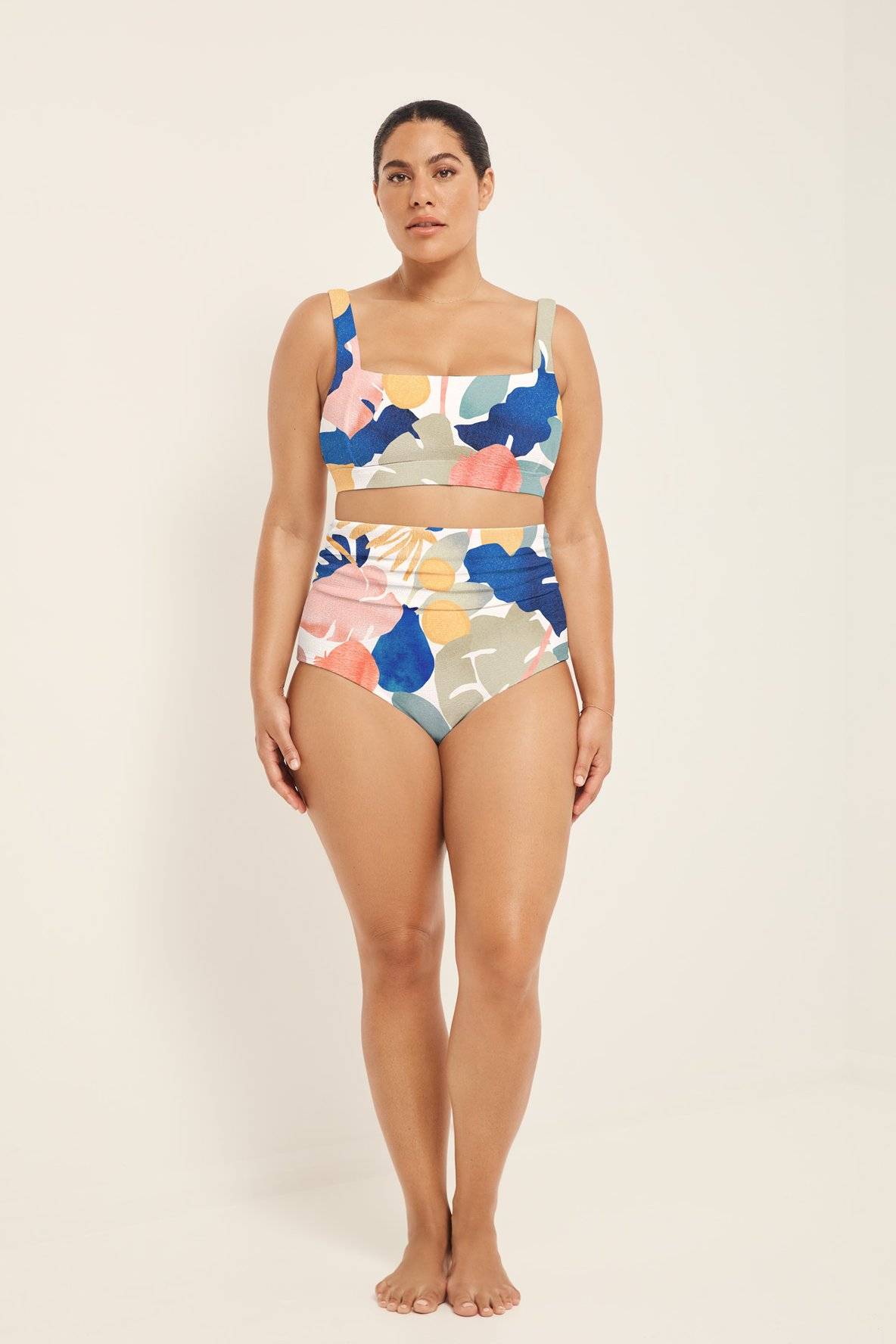 We start with the best quality fabrics and design our shapes to be flattering, comfortable, functional and above all, to make you feel good.

We work hard to make sure you don't have to just "make do" with swimwear that just doesn't fit, feel good, or last the distance.